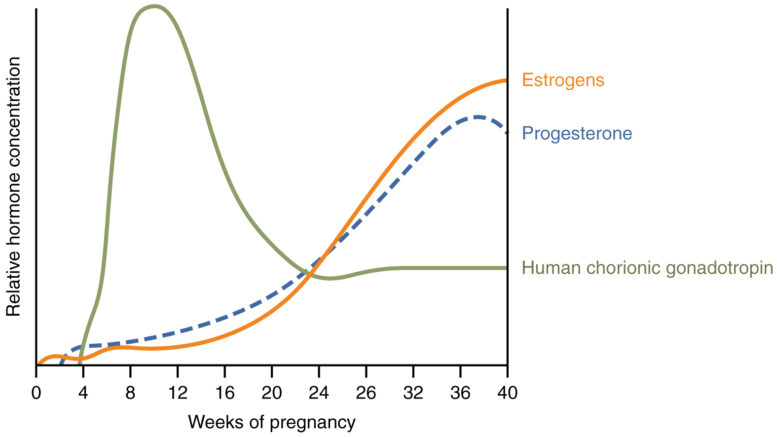 In the following, we’ll look at four types of progesterone: Synthetic, oral, suppository, and Injectible.

Synthetic progesterone is typically used to trigger menstruation. It comes in both pill form and as an injection, and it generally causes fewer side effects (sleepiness, dizziness) than its natural counterpart. It is not regarded as safe for use during pregnancy.

Oral progesterone is used chiefly as a luteal phase supplement for patients undergoing natural or IUI cycles, and its primary appeal is convenience, especially vis-à-vis the suppositories, gels and injections (described below).

That said, oral progesterone has its problems, among them the possibility, supported by at least one study, that it sees the lowest success rates of all the forms of progesterone.

Finally, as an oral medication, it is metabolized by the liver, allowing for a greater likelihood of side effects (dizziness, sleepiness).

Progesterone suppositories are pharmaceutical compounds suspended in a base, not unlike cocoa butter and they are inserted into the vagina, allowing for the drug to target the uterus.

Unlike natural oral progesterone, with the suppositories, the liver does not produce the metabolites that lead to side effects.

Unfortunately, the suppositories can create some discomfort due to their discharge, and some people question the progesterone’s effectiveness following insertion.

It also may not be easy to find a compounding pharmacy that compounds suppositories, and as is always the case with such pharmacies, quality and dosage control can be suspect.

If that weren’t enough, some women are sensitive to the suspending base.

In Crinone, progesterone is suspended within a bio-adhesive gel. It is applied vaginally and packaged in a tampon-like applicator. It is sold without the progesterone under the brand name Replens.

Crinone often has minimal impact on serum progesterone levels, meaning that most women apply it just once per day.

Additionally, many women find that Crinone is more effective than oral progesterone or suppositories in delaying the premature onset of menstruation.

One minor drawback: Suspension gel can accumulate within the vagina and some women may need to have it removed every few days, and this build-up has been known to lead to vaginal irritation.

Used most frequently in IVF cycles, injectable progesterone (progesterone suspended in oil) is typically done daily, intramuscularly, often in one cubic centimeter (cc) dose. It is a relatively inexpensive option.

At the uterine level, progesterone in oil is extremely effective and has developed a reputation among doctors as the best of the best progesterone supplements, especially in IVF cycles.

Serum tests reflect progesterone in oil, allowing levels to be monitored with greater ease. It is

And like the suppositories, the injections need either special pharmaceutical compounding or to be ordered through the mail, and it is not uncommon for some women to be allergic to the suspension oil.